Our experience with Hollywood Studios and the new Star Wars area was quite frankly a disappointment. We had fun and enjoyed the attraction, but the way Disney handled the crowds left us exhausted.  We went to Disney World during New Year's week knowing that it was going to be extremely crowded. Having been to Disney World in the past, I was well-prepared with how to deal with the crowds. Unfortunately for us as non-fans of Star Wars, it didn't work out that way at Hollywood Studios. It seemed that Hollywood Studios was completely overrun by Star Wars fans waiting for their turn on Rise of the Resistance.

We arrived mid-afternoon on Monday December 30 and stayed at Coronado Springs. Right away we headed for Magic Kingdom. While waiting for the bus, we encountered a family that had already been there for two days. The father was harried and mocked jealousy when I told him that we were past the stage of dragging kids around the parks. He did tell us that you had to be at Hollywood Studios at around 5:00 in the morning to get a boarding group number for Rise of the Resistance, and he said it was well worth it.

Fast forward to the morning of Thursday, January 2 which was the day that we had planned to spend in Hollywood Studios. Our original plan was to visit the traditional popular spots, including Tower of Terror and Aerosmith's Rock n' Roller Coaster.  We were disappointed that the Great Movie Ride had closed a few years ago.  People kept telling us we needed to see the new Star Wars section of the park.  Since it seemed to be the trendy thing to do, we added it to our plans.  But getting there by 5:00 AM to see Rise of the Resistance?  Uh, no.

We knew we were taking a chance by leaving our hotel after 6 in the morning but we went ahead with it. Our bus stop was already overflowing with people waiting to get to Hollywood Studios, so we had to wait our turn. Once a bus with enough room for us to board arrived, we were outside the park by 6:45 to go through security and enter the park. Already Hollywood Boulevard was packed from the Center Stage all the way to the entrance. At 6:59, everyone was looking at their phones. The way you get into the queue system to get into Rise of the Resistance is that you have to be in the park with your phone, and then the boarding group numbers are assigned on an app starting at the moment the park opens. At 7:00 we got our assigned group number of 91 out of 128 normally assigned for the day. We figured we'd get on sometime in the afternoon.  The man next to me got number 97.  So, minutes after the park was opened, the group numbers for the day were already filled up.  Everyone who got a number higher than 128 was on standby; they were not guaranteed to experience Rise of the Resistance that day.

Hollywood Boulevard, inside the park, packed from beginning to end, as everyone waits with their cell phones to get their group number for the queue to Rise of the Resistance.


That left us with plenty of hours to do other activities in the park. We had a FastPass for Tower of Terror. But with so many other people waiting for their turn for Rise of the Resistance, all of the other popular Hollywood Studios attractions were getting lines as much as two, three and even four hours long. This is not what we wanted out of Hollywood Studios. Since neither one of us is a Star Wars fan, we had come to see our old favorites. We gave up on trying to see Aerosmith's Rock n' Roller Coaster, with a three hour wait. Instead we opted for things like seeing some of the shows and meeting the characters.  We wanted to see the new Toy Story park, but even that had extremely long waits.

Our group number was finally called at 3:15 in the afternoon. We gained access to Rise of the Resistance, which was indeed quite an experience. The storyline would mean more to fans of Star Wars, but for us, the thrill was akin to a combination of  simulators, live actors, bumper cars, Tilt-A-Whirl, and sudden drops.

In all the years I have been going to Hollywood Studios, I have never seen it as jam-packed as it was on this date. In my opinion, Star Wars and Hollywood Studios should be two separate parks. Those of us who want to see the park for what it was are completely overrun by Star Wars fans.

Disney is known for its magic. But there's no magic in this system that requires people to get up and head to the parks at 5 or 6 in the morning, leaving them tired all day long in overcrowded conditions. With the other Disney parks, the crowd starts small in the morning and gradually grows through the day. What Disney has done with the queue system for Rise of the Resistance means the park is instantly overcrowded the moment it opens. 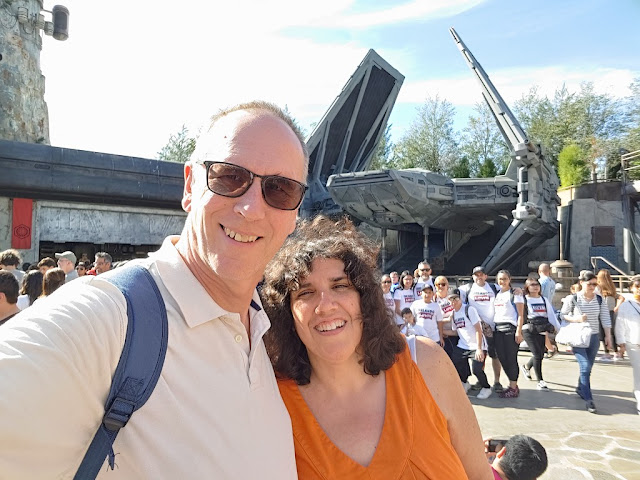 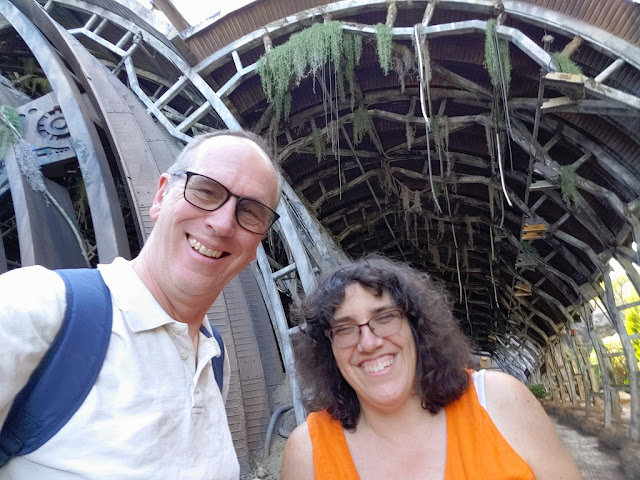