Warning, there are some rough pictures in this post.  These are being posted after a family discussion.  On January 27, Melissa and a friend of hers came to our house for pizza with Stacey and me.  As they were about to leave, she lit a cigarette and flames burst in the car.  They were trapped briefly as they struggled to get out, and came running into the house screaming, "Help, my face is on fire!" Both their faces were bright red and I could smell burning flesh right away. Melissa crouched on the kitchen floor, screaming in pain. As I was talking to 911, I glanced out the window and saw flames inside the car.  I told 911 the car is on fire and that we need fire trucks and an ambulance for my daughter.  I vainly tried to put the fire out with a fire extinguisher, but the whole car was engulfed quickly. I backed away as various things popped and exploded in the car. The fire chief later described what I was hearing.  The loudest explosion was the air compressor blowing the air bag out into the street. The car alarm blasted away.  The first fire fighters arrived within minutes and took over.  I showed them where Melissa was in the kitchen.  Once I knew she was in good hands, I paused to take this photo and the brief video. 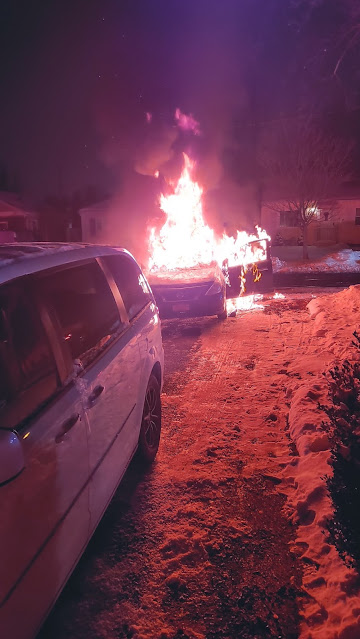 Melissa in the ambulance.  I had been on the phone with Mary, her mom, who wanted to know how badly she was burned.  I figured the easiest way would be to show her. 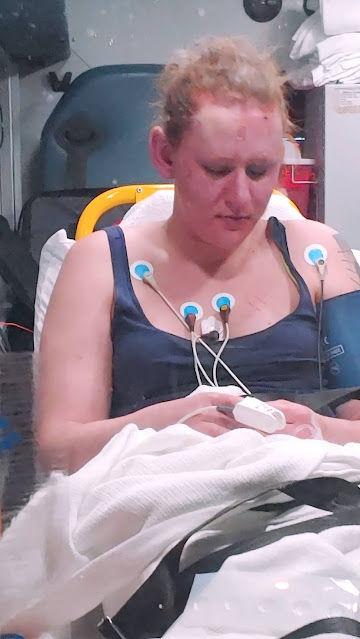 These pictures were taken after the fire was put out.  The cause is under investigation and we are not publicly speculating. We appreciate your patience in this investigation... 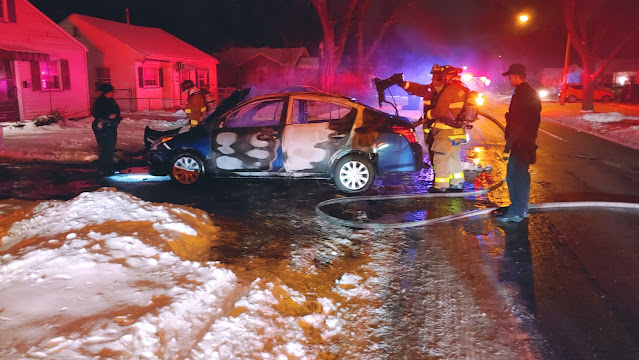 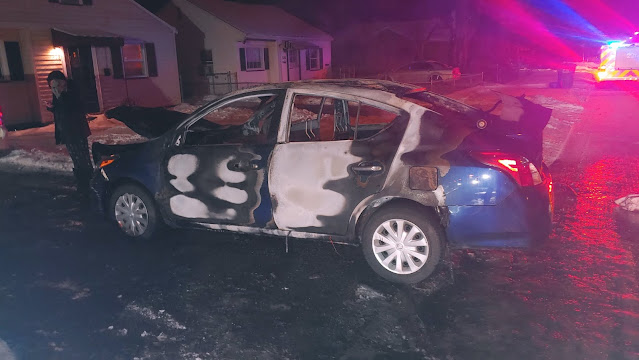 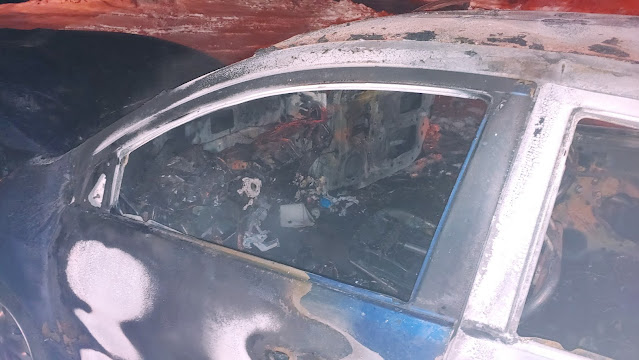 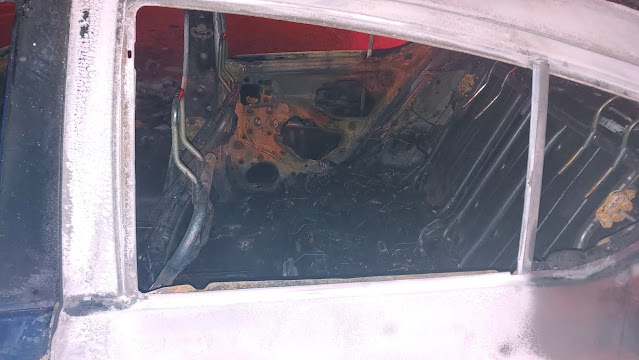 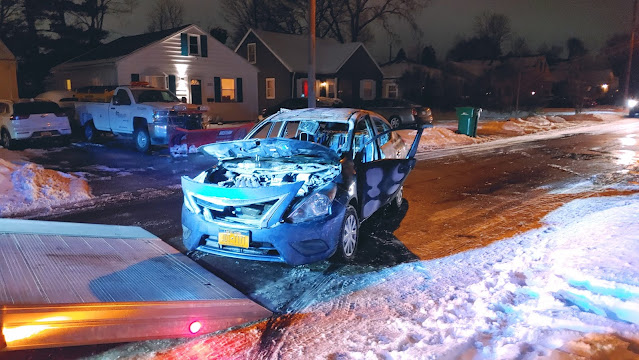 Melissa took these selfies over the course of a few days in the hospital.  With second degree burns, her face swelled up as expected.  The swelling has gone down considerably.  She is expected to return to normal with a few scars, but she has a long road ahead of her. 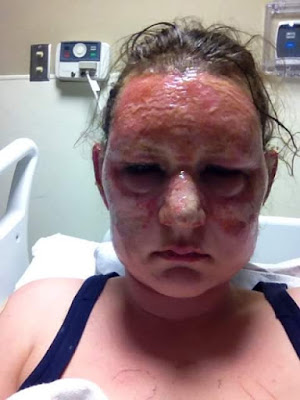 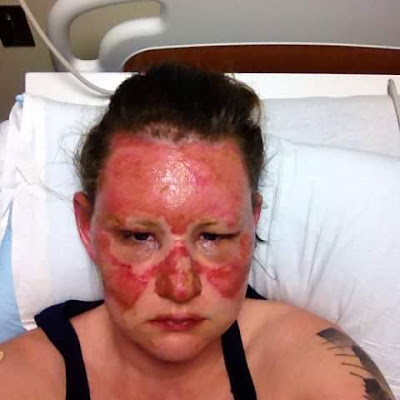 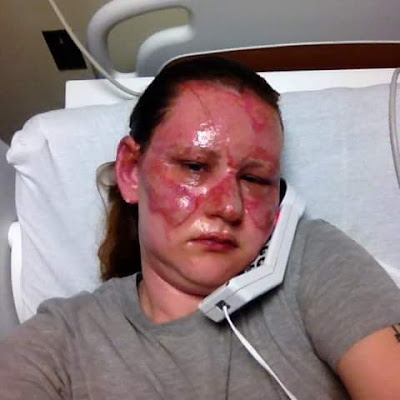 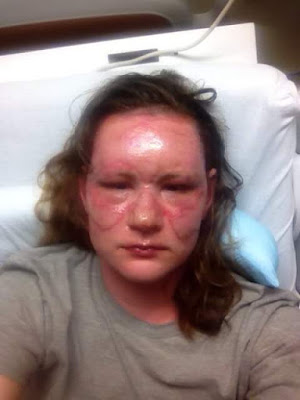 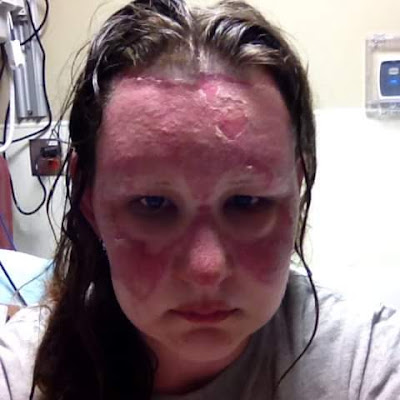 She lost her purse, all of its contents, her glasses, and $700 cash rent money in the fire.  Her friends were nice enough to set up a GoFund me account.  We very much appreciate that.
Finally, just a few more photos of debris from the car, which is completely replaceable.
Rear view mirror 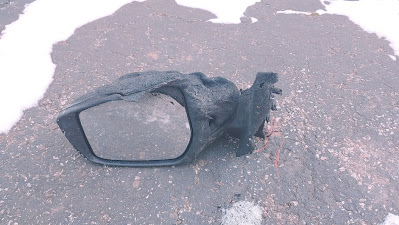 Something plastic that melted 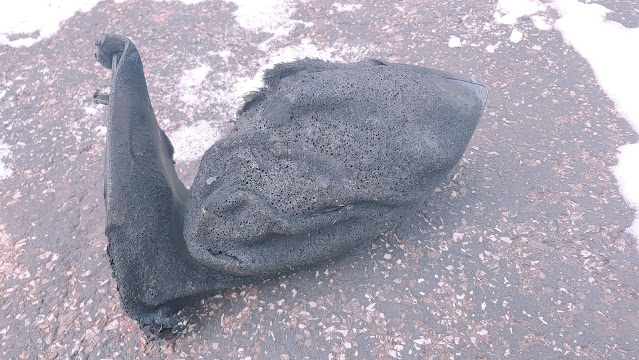 She threw her coat on the ground while escaping the burning car.  This is all that remains. 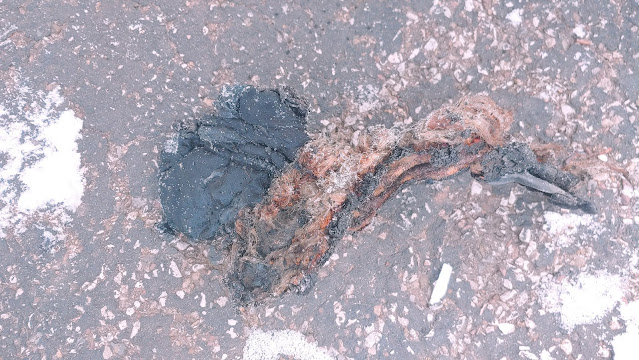 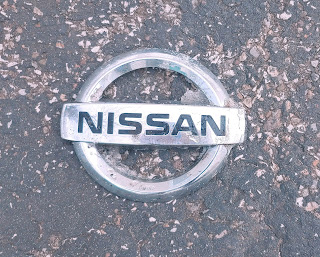